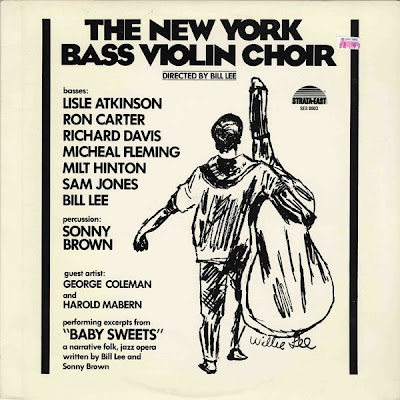 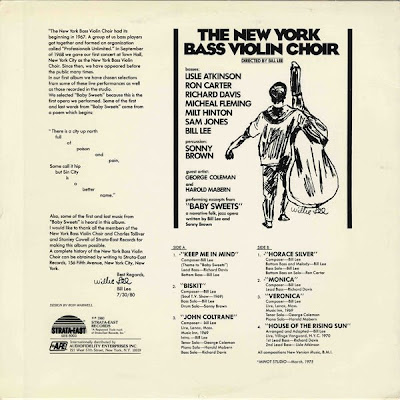 well, first things first: here's a guest post so stellar that it was sent to me by two different readers, froz1 and tavanadaniel. i wanna thank you guys both, this is great music, from the magical strata-east.

this was recorded on two dates in 1975 and 1979, and marks one of the last records issued by Strata-East in its golden age. last, but not least. with the label's commitment to creative challenges, here's a band where a bunch of bass players step out in front for some deep deep sounds, plucking and bowing and slapping their way to a really unusual but really awesome record. you'll be reminded that for all its funk credentials, the bass is just big brother to the cello. it's the brainchild of bill lee, who seems to have understood harmony in a really profound way. as for standout tracks there's a terrific version of "john coltrane" also found back on clifford jordan's "glass bead games."

don't forget to browse through the strata-east fan club;
there's a few links there you won't find anywhere else and a whole lot of great music.