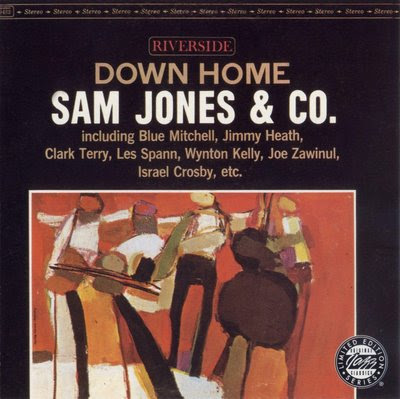 Bassist Sam Jones, always best known for being a sideman (most notably with Cannonball Adderley's Quintet), recorded three superior Riverside albums as a leader during 1960-62 that have all been reissued on CD in the OJC series. This particular one, the third, features Jones on bass and cello in several settings. Four selections (including Horace Silver's "Strollin'" and "Unit Seven") are with an all star nonet/tentet while four others showcase Jones's cello in quintets with either Les Spann or Frank Strozier on flute and Israel Crosby or Ron Carter on bass.
Publicada por ::-7oregons2tomates-:: à(s) 18:30