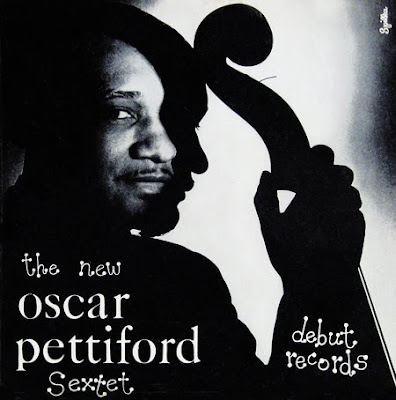 Oscar Pettiford - The New Oscar Pettiford Sextet (1953) [1999 Debut Records]
EAC rip | FLACs+CUE+LOG+Artwork -> 205 Mb
© 1999 Debut Records | OJCCD-1926-2 (DLP-8)
“One of the earliest bassists on the bebop scene in 1940s New York, Oscar Pettiford was also an unusually intrepid experimenter when it came to instrumentation. His cello playing is justly famous, and on the seven tracks that form the core of this reissue CD Pettiford includes a French horn (played by Julian Watkins) in the sextet. But most noteworthy of all is the quality of his compositions. "Pendulum at Falcon's Lair" is a piece of world-class bebop writing, while "Tamalpais Love Song" is almost classical in its structure, achieving a counterintuitive combination of complexity and simple beauty. In addition to the seven tracks from Pettiford's original 1953 session, this reissue includes four more that he recorded as sideman to saxophonist Serge Chaloff in 1949 - the four are more strictly in the bop tradition and are, unfortunately, not recorded quite as well, but they demonstrate Pettiford's exceptional skill as an accompanist.”