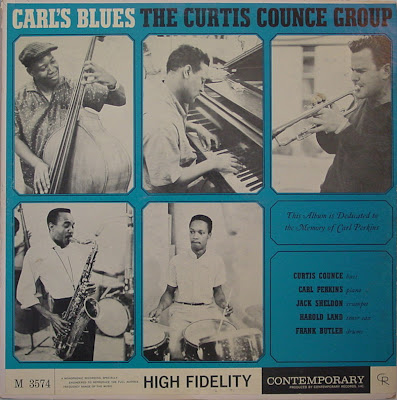 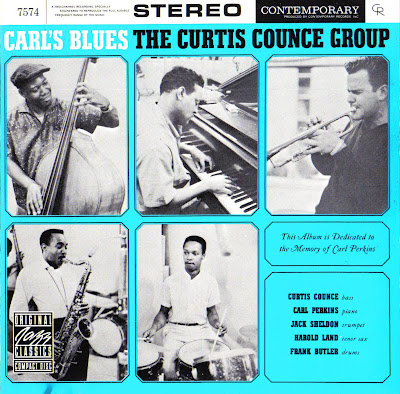 Although the Curtis Counce Quintet was not a commercial success, their four Contemporary albums (which have been reissued on CD) were all timeless in their own way, undated examples of high-quality hard bop from the late '50s. This set features the bassist-leader, either Jack Sheldon or Gerald Wilson on trumpet, tenor saxophonist Harold Land, pianist Carl Perkins and drummer Frank Butler interpreting both jazz standards (including "Love Walked In" and Clifford Brown's "Larue") and originals (such as the drummer's "The Butler Did It"). Excellent music that still sounds fresh four decades later.
Scott Yanow
Source : toptenreviews